HIV Vaccine Awareness Day – how close is a cure? The battle against HIV and AIDS has waged for over 30 years with close collaboration delivering an effective treatment, but how close is a cure?

HIV (Human Immunodeficiency Virus) infects the CD4 T-cells of the immune system, over time wearing away the body’s ability to fight off infection. AIDS is the point at which the body’s immune system is compromised and the virus has taken control. It’s the final stage in a battle that has claimed over 30 million lives so far.

In November 1983, the WHO held its first ever meeting to discuss HIV and AIDS, committing to developing a cure for this rapidly spreading infection. Almost 25 years later, that commitment remains. But whilst an effective cure for AIDS may still not exist, progress has been made with retroviral drugs to prolong life expectancy, and pre-exposure prophylaxis (PrEP) can provide almost complete protection to those at risk of catching the disease from unprotected sex.

May 18th is HIV Vaccine Awareness Day. The public perception of the disease has changed, but it’s still a huge problem – claiming around 2 million lives every year, 270,000 of which are children.

The battle against HIV is a case study in how the world worked together to tackle a global epidemic.

In 1987, the FDA approved the prescription of the retroviral agent zidovudine (AZT). The treatment was developed in the early 60s to treat cancer but shelved at the time. It was reinvigorated and initially was promoted as an effective treatment for those with AIDS.1

However, it wasn’t to be with the often-controversial drug proving ineffective. More damagingly, the influential Concorde study demonstrated that not only was AZT ineffective at halting the progression of HIV, those treated with it experienced worse health outcomes than those given a placebo.2

AZT may have a controversial past, but according to Samuel Broder M.D., of the USA’s National Cancer Institute it: “breached a critical barrier and illuminated a path for other drugs to follow.”3

The 90s proved to be an incredible period for the development of new treatments. The development of new drugs led to the adoption of the now standard antiretroviral therapy (ART) approach. Therapy involves treating patients with a combination of antivirals (the so-called ‘triple threat’) which halt the spread of HIV.4

ART may be an effective treatment, but it’s not a cure. The virus DNA remains within the human body. If those infected with HIV stop taking ART therapy, HIV can begin to spread again.6 HIV can also mutate within the human body as the virus multiplies, leading to the development of drug resistant strains.

Where are we now?

It wasn’t until 2009 that the first person infected with HIV was ‘cured’. Known as the ‘Berlin Patient’, the subject received a hematopoietic stem cell (HSC) transplant from a donor with a natural resistance to HIV. Since the transplant almost a decade ago, the patient has remained off ART and – so far at least – is free of HIV.

The opportunities for stem cells as a treatment for HIV have been investigated by researchers since the mid-80s’.7 It’s still a compelling area for research, but the virus is so good at hiding within the human body that its eradication is proving difficult.

A new vaccine developed by researchers at Oxford University and Barcelona’s Iris Caixa called HIV Conserv has shown promising results in initial trials. The therapeutic vaccine is delivered to the body in tandem with a drug that activates HIV cells, making them a target for the immune system.

Other researchers like UK-based Immunocore are focusing their efforts on T-cell receptor (TCR)-based therapeutics to tackle HIV. Currently at pre-clinical stage, ImmTAV therapy essentially works to redirect the body’s immune system to seek out and kill HIV-infected cells.

While a cure for HIV remains challenging, pre-exposure prophylaxis has proved in studies to be 100% effective.8 Drugs like Truvada offer the potential for an effective preventative, but we should be wary of complacency in trying to identify a cure. Earlier this year Dutch scientists identified a number of HIV infections among patients currently taking PrEP, suggesting a cure should still remain a global priority.9

There may be a temptation, in the developing world more so than others, to consider the battle against AIDS to be drawing to its natural conclusion, but this would be a mistake. HIV and AIDS remain global epidemics, with Avert claiming that 36.7 million people currently live with the condition – 30% of which are unaware they’re living with this deadly virus.10 Global collaboration has seen incredible strides taken to halt the spread and offer a future to those with HIV. The next - and hopefully final stage - is finding a cure. 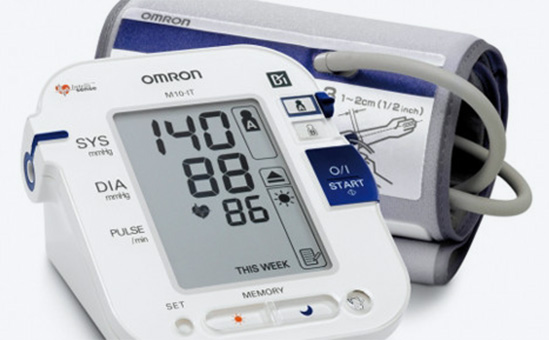